It was 11:00pm and I couldn’t sleep. I tossed and turned and the agonizing feeling I had stirring inside my heart and head needed to write out my thoughts.

You see, the day before, the internet exploded over Harambe, a gorilla who was killed because of a boy that found his way inside of the enclosure.

And the keyboard warriors going out their virtual pitchforks and torches, looking to burn the proverbial witch at the stake.

And it broke my heart.

I published it right before midnight and put in on facebook thinking it might get shared a few times and find its way to her. 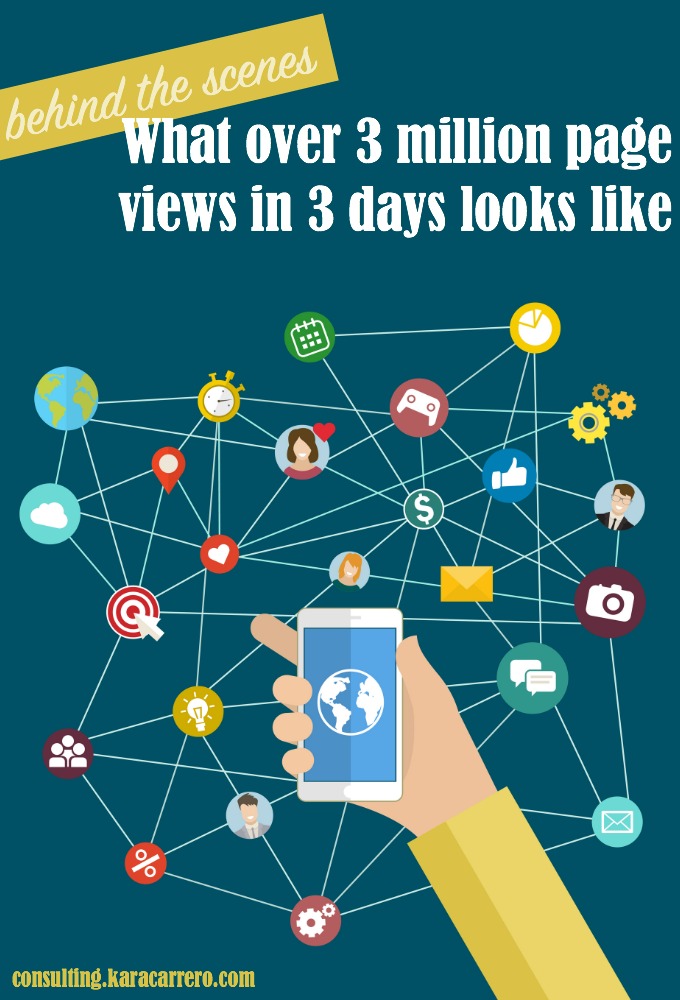 By the end of the night, there were 11,000 people on my blog at any given moment according to Google Real Time analytics, more were waiting to get in, and a million people had read the post. Within 72 hours I had 3 million page views, nearly 3,000 blog post comments, and a multitude of messages and emails.

The secret, dark side of going viral online

Even great hosts only have so much server space.

In the early afternoon, I started noticing that even on my premium web host, the real time numbers were never going above 2,700. I talked to my host and she mentioned that she was surprised it was sustaining over 2,000 and said that it would take a few days to get me on a dedicated server.

(Spoiler alert) I changed hosts in the middle of the day. And while my new host did what he could to maximize traffic for me, I was still maxing out at 11,000 page views at any given moment. Granted, my previous host’s use of cloudflare backfired on me. While meant to help cache a site, it was giving residual warnings to people that my site was down… when it wasn’t. And when we took it off completely, even more people couldn’t access my site. So it forced us to continue to use cloudflare.

You will make a lot of people mad.

Hate mail will come rolling in. It will be in comments, in emails messages, and anywhere someone can possibly contact you. And no matter your intentions, you will get blamed for just trying to make money. (I had an image link to my book shop and everyone’s favorite complaint was that I wrote something just to “hock my books”.)

It doesn’t even matter how benign your subject is (in fact I wrote a cauliflower recipe that went crazy once and you would be shocked how many nasty comments I got on that post.)

People tend to find a way to disagree with you, pick an argument, and ultimately troll you no matter what the topic. They feel like they need a voice or to be an opposing opinion.

It requires a team of helpers.

I had to hire a virtual assistant friend to moderate blog post comments.

Not only because there were too many for me to handle, but also for my mental and emotional health. Some people were even saying that I was the reason for the downfall of society, that my letter was why parents neglect their kids, and that I must have been a childless moron. And those were just some of the ones I actually saw.

She was given the parameters that comments only got approved if they did not harass me or anyone else, they were not profane, and that they weren’t linking outside my site.

Similarly, I had family members added as facebook moderators.

They hid and deleted comments that were profane, harassing, inappropriate, OR most importantly, mentioned that they couldn’t access my site. While it was meant to be a letter to just the mother, it became a compassion project for me. I didn’t want people to stop trying to click the link because people were complaining they couldn’t access it.

The high price of a viral post on the internet

Bandwidth costs money, and an influx of visitors increases bandwidth.

So you will most definitely incur quite a bill to pay your host or keeping you online during that time.

I didn’t get to spend Memorial Day with my family.

I never got out of my pajamas that day. I noticed how much traffic it had gotten in the dead of the night when crickets are normally the only thing stirring.

So I worked all day watching stats, switching hosts, and trying to make my site as light as possible, disabling and tossing anything too “heavy” that would keep visitors out.

Tough business decisions have to be made spur of the moment.

My host of 2 years, whom I have always loved and admired, is now my former host. I have no ill-will towards her and I struggled with the decision. I didn’t want to hurt her feelings, but in the moment I had to make a decision that put personal feelings aside (I still send clients to her and have family’s sites hosted there). 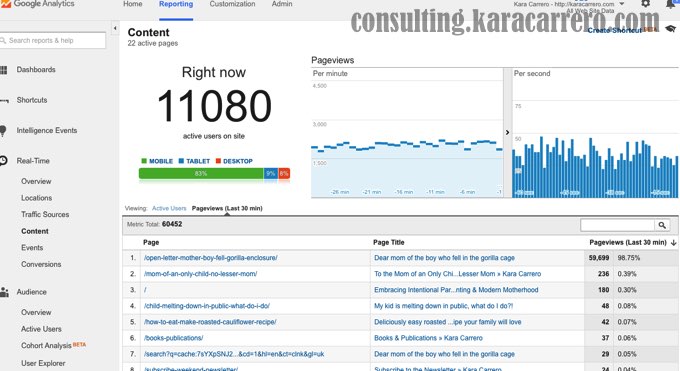 I had several offers, both paid and unpaid to be syndicated.

But for me the post wasn’t about money, but it was life-changing for me as I even wound up getting quoted on CBS, interviewed by NBC Universal, and other opportunities. And for that I am glad I chose not to syndicate.

The stress, anxiety, and excitement made me emotionally manic.

I would cry tears of happiness that the message of compassion and empathy was being spread in such a seemingly cold and heartless world, but also tears of sadness seeing more hate come out of it and even get directed at me.

Frustration would be overwhelming that first day because every decision could make or break my blog.

And emotionally I was just a basket case. Like the historical stories of men losing both arms and legs, sitting in a basket going crazy, I felt pretty helpless in doing much of anything. In fact, I published a new post on day 2 and it took literally 3 hours for it to finally go through because the backend of my site was so dreadfully slow and bogged down from people reading the post.

I was literally sick for almost a week.

The first day I think I only ate a snack.

The second day I nibbled on a few things here and there.

And for the week my whole body was screaming for rest and food.

My stomach was in knots, my mind was racing, and I just needed a break from it all. I didn’t want the negativity OR the excitement. I just wanted to get away from it and have bit of normalcy for even a few hours.